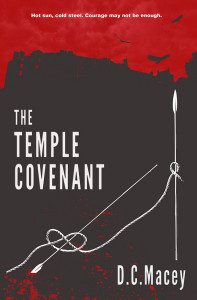 A quiet sabbatical spent visiting archaeological sites in the Great Rift Valley offers Helen Johnson and Sam Cameron the perfect opportunity to unwind and put the violent climax to their recent adventures behind them. But where they go trouble isn’t far away. Disturbing alarm bells start to ring when Helen attracts the attentions of the mysterious Bishop Ignatius of the Ethiopian Orthodox Tewahedo Church. He is desperate to meet with her and will not take no for an answer.

Elsewhere, news breaks that senior British Intelligence Corps Colonel Bob Prentice is missing in Nairobi and security chiefs have cause for concern. Concern turns to panic when it’s realised an operational prototype of the British Army’s latest super-weapon has vanished too.

In a last gasp attempt to retrieve the situation the British Government turns to former Intelligence Corps officer Sam, hoping that his civilian status can keep him under the radar and his old skills might just be enough to turn the problem round.

Meanwhile, Helen is co-opted into a role that goes against her every belief – a role that her patriotism demands she fulfil even as she struggles to evade the determined attentions of Bishop Ignatius and his men.

Far from the cloudy skies of Edinburgh, a frightening and bloody hunt plays out beneath the burning sun of the East African bush. Racing against the clock, and with scant support, Sam and Helen must risk everything to resolve the challenge of the enigmatic Bishop Ignatius while fighting to preserve the West’s place in a dangerous world.