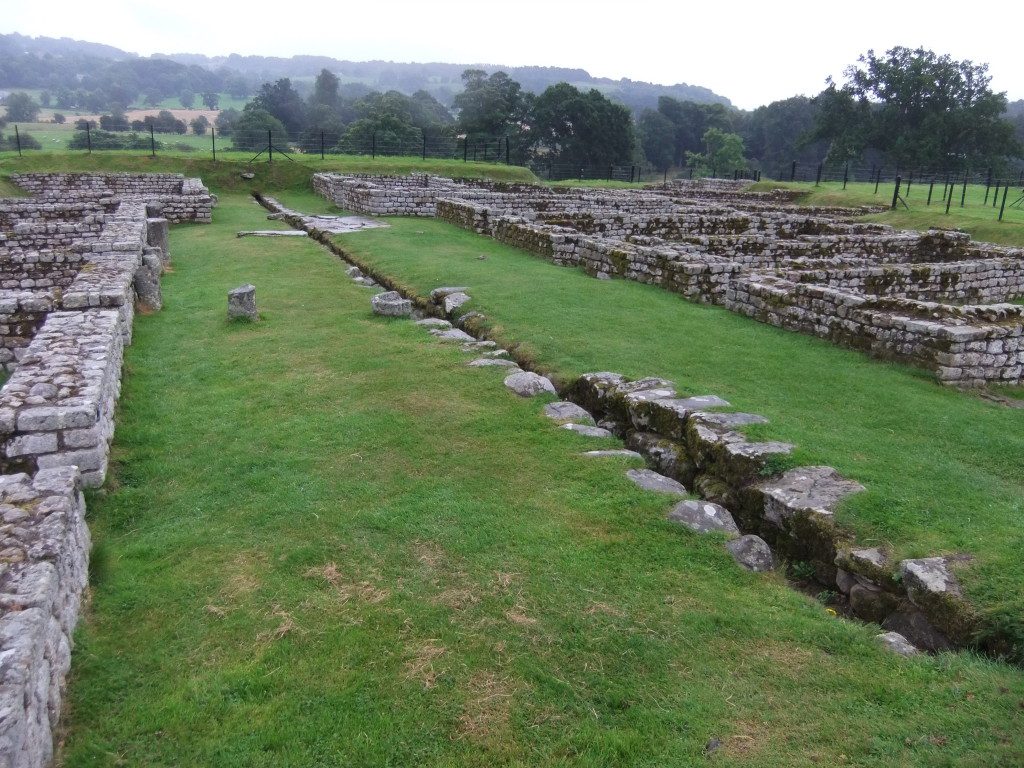 I recently took a break from writing my third novel to make a research trip south to visit Hadrian’s Wall, which will play its part in an upcoming book. This was my first research trip away since visiting the River Wye earlier in the summer. It was nice to get away for a little while and it gave me a chance to think about where story ideas come from.

Clearly, there are memories to draw on and we are subject to many external stimuli every day. However, I have begun to notice how my mind is forever formulating strands of future stories even as I’m busy getting the current work written down. It seems, to some extent, that the act of writing is a key trigger for the generation of further ideas. All those scenes, characters and incidents that emerge through the writing but don’t quite fit into the current work are set to one side and gradually the mind starts to weave them into other quite separate stories.

And hence, the visit to Hadrian’s Wall – to ensure my memories of past visits were up to scratch and fitted with the now forming story ideas. The visit was enhanced when one of my brothers and his family made the journey north to link up for a meal there.

This trip was to part of the Northumberland section of Hadrian’s Wall. Here some of it is buried, while over the centuries other parts have been swiped to build roads and farmsteads. Yet, in spite of man and nature’s efforts, there’s plenty still to see. Most things were pretty much as I remembered them and I got to see exactly what I was looking for. There were stretches of pale grey wall, remnants of forts and barracks, the support buildings and, of course, the archetypal Roman road cutting straight through the landscape with no concessions to topography. 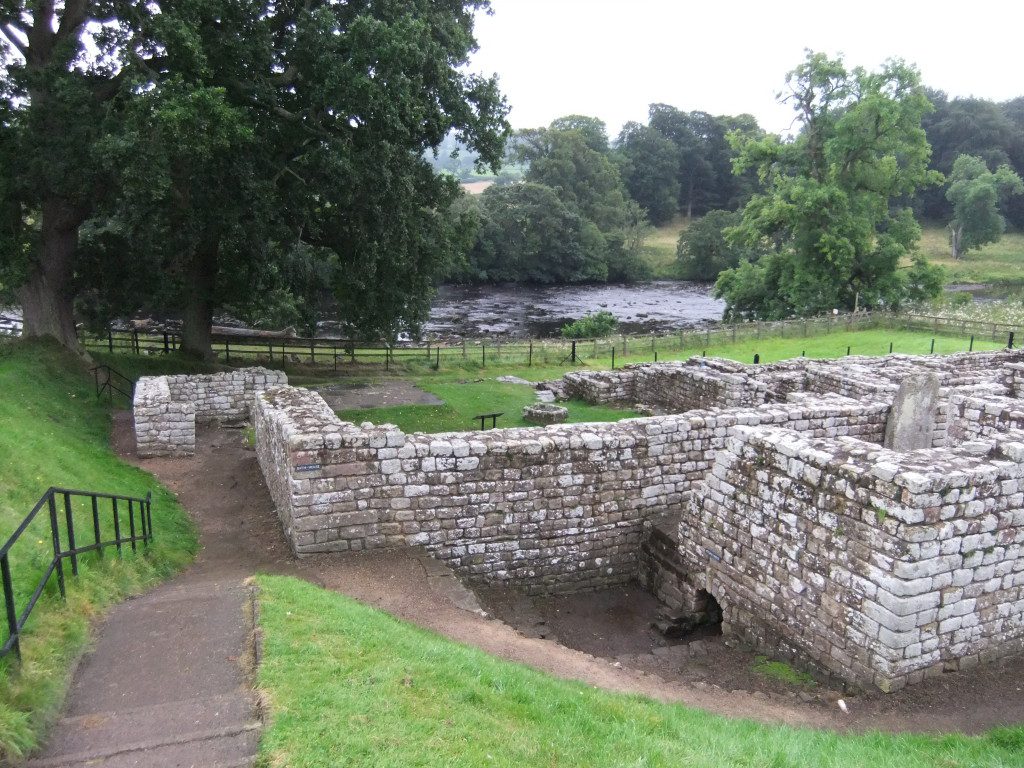 This section of the wall crosses areas of agricultural land dotted with farmhouses, the unchanging and beautiful environment of memory; though it quickly becomes bleak once winter takes a grip. Seen through modern eyes it’s certainly a benign place, if a little remote. Today, in these isolated landscapes, the remnants of Roman constructions are impressive. At the height of Rome’s power, these stone fortifications must have been perceived as awesome by a local population more used to wattle and daub huts.

Standing on a hillside amidst the excavated remains of the Chesters Roman Fort, just outside Chollerford, I was able to see across an unchanging landscape and my thoughts scrolled back nearly 2000 years: suddenly I could imagine other eyes looking at the same scene. Roman eyes – confident within the stone fortification, gazing out to where the hillside sloped quickly down into a little river valley. There, directly beneath the fort, the river eases gently into the shallows of a natural ford – a crossing point drawing trade and conflict. Here the Romans built a bridge. Those Roman eyes would have constantly scanned the far bank and the rising land beyond, searching for the men of the wild northern tribes. How often had the river here turned red with blood? Had my Roman fought in the river’s shallows, ridden out with his cavalry troop across the river and on into the wilderness? Had those Roman eyes died there, beyond the safety of the walls? 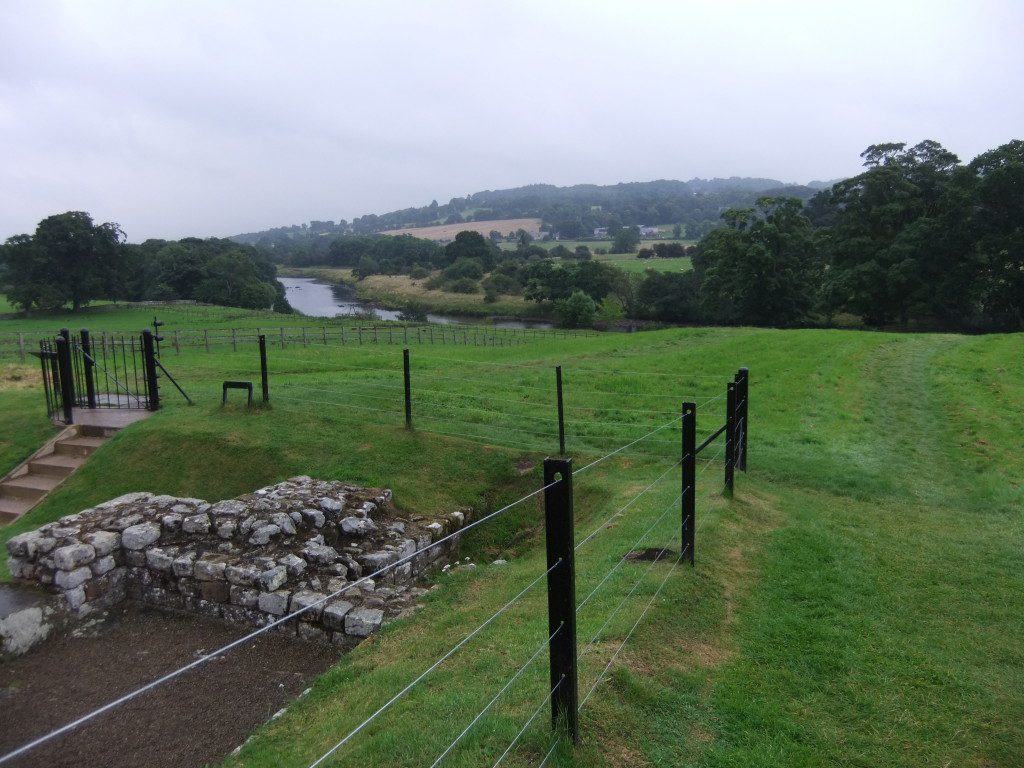 With my northern heritage, it was just as easy to stand on the far bank and imagine tribal eyes looking back across the river towards the Roman fort. Angry eyes looking at Hadrian’s Wall, resentful of its intrusion into their landscape and at its representations of wealth and power and exclusion.

A little behind the wall, the Romans built up the infrastructure that underpinned their strength. The roads and support bases like Vindolanda from where reinforcements and stores of every kind could be quickly dispatched to the wall. And such places would probably have provided the R&R that legionnaires would need following periods of service patrolling the wall. 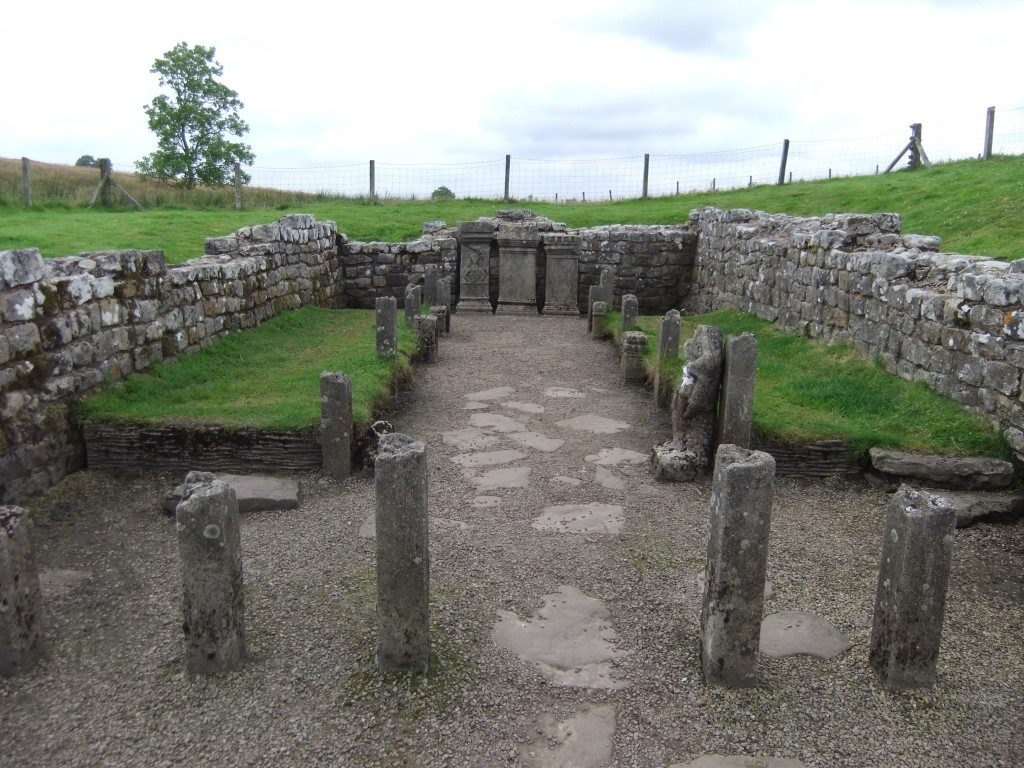 Finally, I took in a little place set just back from the frontline. Here, isolated and exposed to the elements was the remains of a temple dedicated to Mithras. A god worshiped by many Roman soldiers. The site of the abandoned little temple with its weathered stone imagery seemed to illustrate exactly that nothing lasts forever. It was a stark reminder that even the greatest and most powerful of systems eventually come to dust. Inevitably, all their buildings and conceits gradually fading away, lost amidst mankind’s constant struggle with today. Then, from that moment of really quite sad reflection came a little flash of light. What had they left behind? Was there something here? Something still to find? 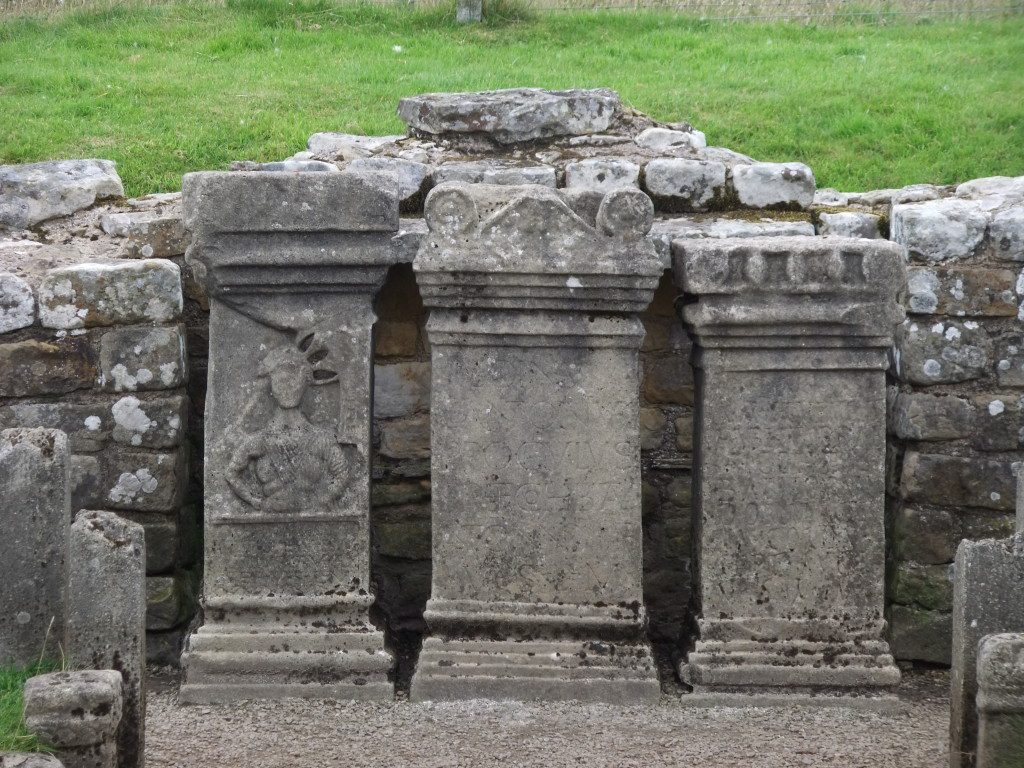 Altar at the Temple of Mithras

I left the Wall with a gentle buzz of excitement, well satisfied I had seen what was needed for now. It’s safe to say that over the years the United Kingdom has built up its fair share of secrets, yet Rome ruled much of this island for longer than the United Kingdom we know has existed – those Romans must have built up quite a store of secrets in their time too, some lost forever, some still waiting to be found. And that certainly does offer up some interesting possibilities.