The Temple Scroll is my second novel and I’m delighted that it’s now available to readers through all the planned channels. 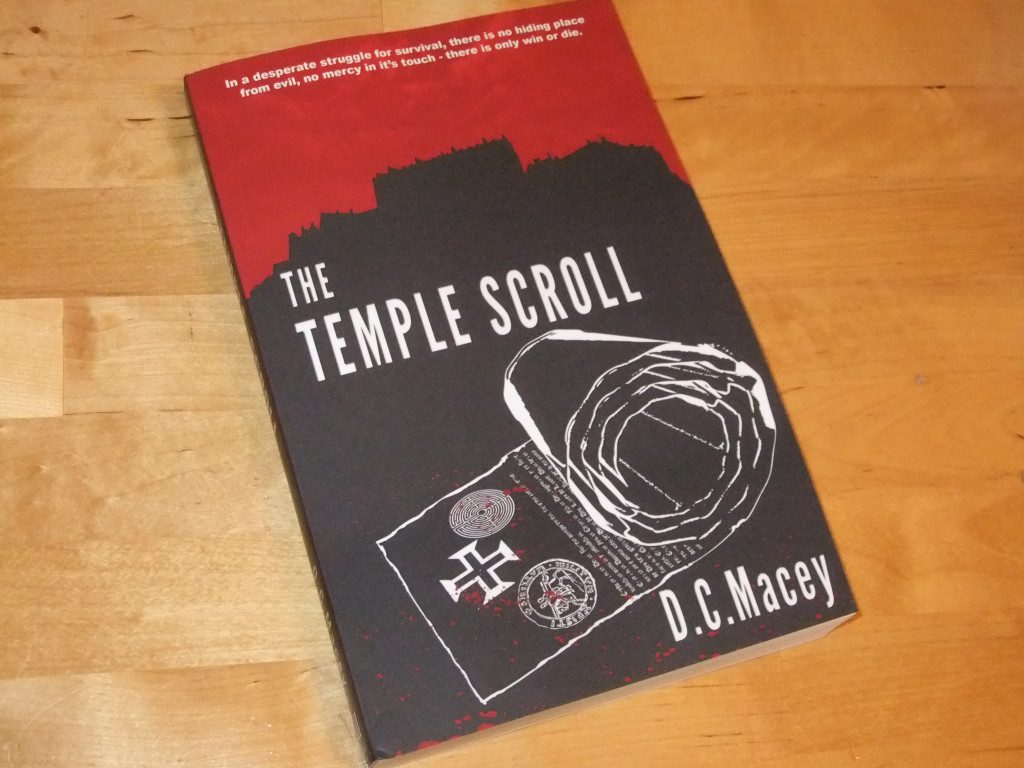 There has been a little delay in announcing the official release while all the channels were harmonised. Happily, everything is now in line and I’m certain the few extra days wait have been worth it.

This second book in The Temple series has been a real pleasure to write. Looking over it now, I’m very happy with the way pacing, action and some scary parts weave together as the narrative flows towards its conclusion.

Now it’s out, I’m particularly looking forward to learning what readers think, and that will be very useful while I’m busy writing the third book, which I’m really excited about too. If you would like to express an opinion or ask a question, please do feel free to send me a message via the contact facility on www.dcmacey.com.

Thanks to you all for your support. Best wishes,

My recent research trip to Inchcolm Island in the Firth of Forth caught the best weather of the season so far. A great day, it confirmed what I needed to know and threw up an unexpected mystery too.

Inchcolm is a fabulous little island, with loads of interesting things to see. Being pretty well protected from modern development means its history is well preserved. There’s a bit of everything from ancient burials to wartime gun emplacements. Of course, there’s the local wildlife too.

It’s where I’ve set the opening chapter of The Temple Scroll – the second book in The Temple series. So I thought I’d better revisit to make sure things are as they were when I started the book. I was happy to find it’s the same haven of tranquillity that I encountered last time around – history and nature unsullied. Inchcolm offers the perfect starting point for this thriller, the island’s ordered calm a clear counterpoint to the rough ride and dangers that lie ahead for the characters. Satisfied that my facts were as they should be, I relaxed and soaked up the peaceful atmosphere of Inchcolm Island. While I was disappointed not to see any puffins this time around, there’s no doubt this place really does belong to nature.

Inchcolm Abbey from the sea.

Then something caught my attention – I spotted the gnomes. All sitting quite happily on their own little islet, chatting to the gulls – and I’m sure one gnome did actually have a fishing line. I loved them, so incongruous. How did they get there? How do they manage to keep their place during stormy weather? It’s all a mystery.

On the ferry back to South Queensferry I decided I had to know more about these island gnomes. Who is in charge? Why are they there? Are they trapped or are they escapees? The gnomes had seeded some story thoughts in a genre as far removed from The Temple series as it’s possible to get! I started making notes, simply because the gnomes wouldn’t leave me. However, once they had taken me as far as the Costa del Gnome, I knew it was time to fight back. I had to put the notebook down and abandon ship, it was definitely time to stop!

On another cheery note about the denizens of Inchcolm, I couldn’t help but notice some of the seals are exploiting modern technology. I spotted this gang hanging out on a nice comfy navigation buoy, catching a few rays between dips – good for them, looks like they own it now. 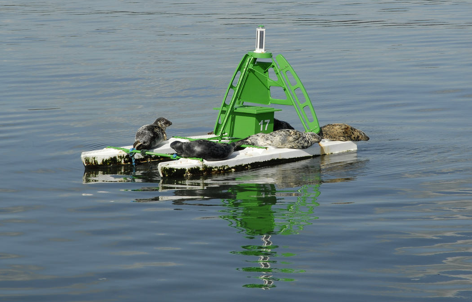 Our trip wrapped with the passage beneath the Forth Bridge, which is as stunning a climax as you could want. A perfect ending and with the bridge’s own story in mind, it offers a great transition from the nature and history of the islands back into our industrial world. 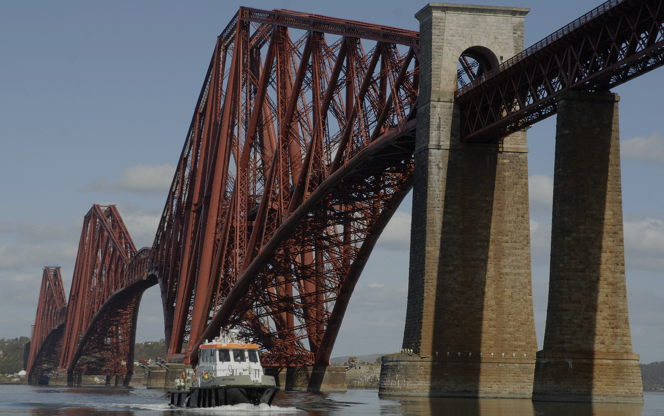 The Forth Bridge – from Hawes Pier, South Queensferry.

This website uses cookies to improve your experience while you navigate through the website. Out of these, the cookies that are categorized as necessary are stored on your browser as they are essential for the working of basic functionalities of the website. We also use third-party cookies that help us analyze and understand how you use this website. These cookies will be stored in your browser only with your consent. You also have the option to opt-out of these cookies. But opting out of some of these cookies may affect your browsing experience.
Necessary Always Enabled
Necessary cookies are absolutely essential for the website to function properly. This category only includes cookies that ensures basic functionalities and security features of the website. These cookies do not store any personal information.
Non-necessary
Any cookies that may not be particularly necessary for the website to function and is used specifically to collect user personal data via analytics, ads, other embedded contents are termed as non-necessary cookies. It is mandatory to procure user consent prior to running these cookies on your website.
SAVE & ACCEPT